Lights flash and sirens blare as the crew throws on their gear and races to their trucks. They’re headed to a four-alarm fire a few streets over in the densely populated city – the kind that can be incredibly devastating, so they want to get there—fast. 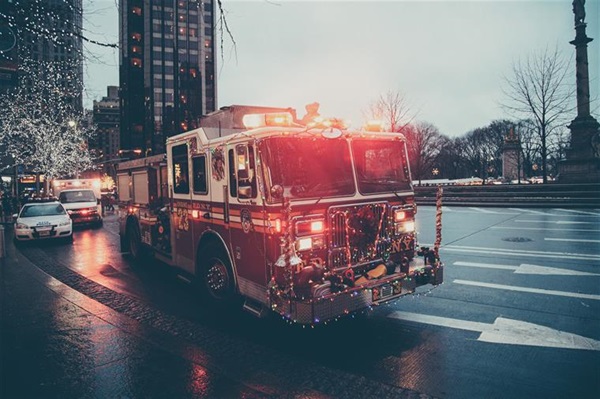 The station recently installed new side-folding doors with full visibility glass panes, hoping the aesthetics, durability, and speed will hold up throughout daily use and the many emergencies the fire department sees every week.

While the doors look beautiful and function well, there’s a downside lurking in the shadows: the hassle of replacing them.

If a four-fold side door gets nicked in an emergency situation, it’s not a simple or inexpensive fix. The cost of ownership on these doors is high, as are replacement costs. In many cases, a damaged four-fold door needs to be replaced with a completely new one. The opportunity to replace sections of the door or have a new one shipped quickly aren’t likely, or cheap, options.

“Bespoke” Can Be Trouble

It’s not just about fixing one of these doors after the fact, either. Unlike some other security closures, four-fold doors often cannot be retrofitted into an existing opening because of limited side room in the majority of fire stations.

The bespoke quality of four-fold doors also means even after installation, they’re harder to replace if damaged. There isn’t another door waiting in the wings to take its place in the same way extra slats and panels are available for other rolling or sectional doors.

Four-fold doors are also not viable options for older fire stations looking for upgrades, which have limited side room and head room areas along with strained budgets.

Full Visibility or Vulnerable to Attack?

Another initial benefit of four-fold doors is their full-visibility glass. However, full visibility may not be what a busy fire station wants in emergencies or when located in areas prone to vandalism and break-ins. That shiny glass can become an easily breakable hazard, leading to shards of glass, a mess to clean up, and a new order to place for another door. When the safety of the fire crew and the station is at risk, you don’t want to be worried about if the building will be secure, or if a truck will be able to leave and enter the station smoothly due to a damaged door.

The security of the building itself may also be called into question if bystanders can clearly see all activity inside the stationhouse. Often, one-way glass is what is desired for visibility situations in firehouses and emergency service buildings, so the people inside can see out, but others can’t see in. The visibility and security of the station aren’t the only risks, either. A damaged door can wreak havoc on the firehouse and its neighbors who depend on firefighters to keep their communities safe from fire.

Milliseconds matter and lives are at risk, so having a non-functioning door is a huge issue. If four-fold doors are part of the equation, initial costs and upkeep can hinder budgets for replacements, meaning your opening is either not secure or not functioning as it should be. With fire stations looking to upgrade from their old, worn out sectional doors, there are better, safer solutions than the expensive and budget-busting four-fold doors.

Cookson’s Extreme® 1024 High Performance Door can be a better solution for fire stations than four-fold doors. With the ability to be retrofit easily into existing applications and with most spare parts manufactured and shipped within 24 hours, our 1024 High Performance Door can be the answer to your woes. This rolling door option is three times faster than a regular service door at 24 inches per second. It is also more durable and more easily replaced (either in part or as a whole) than a four-fold door. One- or two-way visibility windows are also available, along with a million lifetime cycles and powder-coating options in more than 180 colors.

Another solution can be Cookson’s Extreme® 300 Series Door. The 300 Series Door offers 300,000 cycles, 50,000, or even a million cycles of low maintenance performance with a more compact motor operator for those tough and tiny headroom areas. 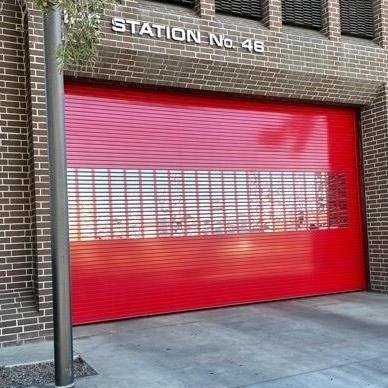 To talk with a specialist about our Extreme 1024 or 300 Series High Performance Doors, reach out here.