The Most Powerful Hurricane Season is coming, are you ready?

June starts Hurricane Season, Is your building ready for it? 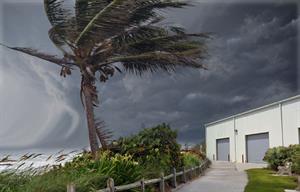 Anyone who lives in a coastal area is familiar with the devastating effects a hurricane can deliver. Intense winds and flooding are hard enough to handle but the current trends can make this year one of the most devastating hurricane years ever.

2017 was a record year for hurricane damages

Hurricane Harvey dumped the most amount of rain of any tropical storm in history. What made it so devastating was how slowly it moved across the United States, pummeling the same area over and over again with high winds and mass quantities of rain. The movement of Hurricane Harvey was slower than any other tropical storm or cyclone in history. The constant barrage of wind and rain caused mass flooding and more building failures. Just a 10% slowdown in the speed a tropical event moves, can have double the amount of rainfall and cause 10 times the amount of damage. In addition, the slower speed changed the trajectory of the storm so it made landfall as opposed to moving along the eastern coast. As opposed to traveling along the coast as is the hurricane norm, we saw three major hurricanes strike US soil and continue inland in 2017.

2018 has the potential to be the biggest hurricane season 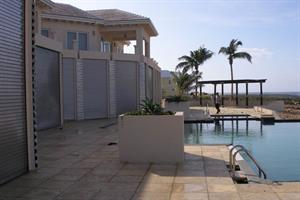 So far in 2018, the first two major storms have followed the same pattern, 10-20% slower than in years prior. Looking back at the last 68 years’ worth of hurricane data, from 1949 through 2016, hurricanes are now moving at an average of 10% slower. Depending upon which region the hurricane originates from, there are some noted differences in speed. The strongest slowdowns are noted in the Western North Pacific region, with slowdowns of about 20%. In the North Atlantic Region, which covers most of the United States, there had been a noted slowdown of about 6%, until last year. The National Oceanic and Atmospheric Administration is calling for above average activity in the North Atlantic Region.

Why the hurricane outlook increase? 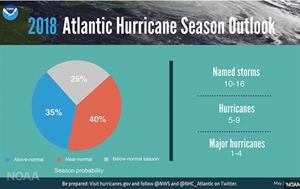 A new analysis for 2018 published in June by four prominent climate scientists stated "The weight of the evidence suggests that the 30-year-old prediction of more intense and wetter tropical cyclones is coming to pass. This is a risk that we can no longer afford to ignore," wrote the authors—Stefan Rahmstorf of the Potsdam Institute for Climate Impact Research, Kerry Emanuel of MIT, Jim Kossin of NOAA and Penn State climate scientist Michael Mann.

In fact, Kossin is leading the charge to add a new Category 6 to the Saffir-Simpson Hurricane Wind Scale. "The current intensity scale doesn't capture the fact that a 10 mph increase in sustained wind speeds ups the damage potential by 20 percent," Mann said. "That's not a subtle effect. It's one that we can see." Based on the spacing of Categories 1-5, there should be a Category 6 approaching peak winds of 190 mph, he said.

How to prepare for the new Hurricanes 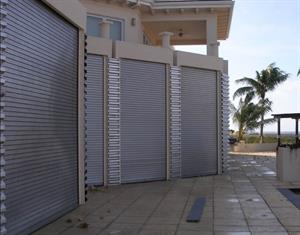 "The damages that occurred last year strongly suggest that small investments in resilience in the past 10 years could well have saved hundreds of billions of dollars and lots of strife," said Kevin Trenberth, a climate scientist with the National Center for Atmospheric Research. "After Hurricane Katrina, the Corp of Engineers built back the levees to withstand a Category 3 hurricane, but not a Category 5 hurricane. That makes no sense to me, and in many areas the U.S. seems incapable of planning ahead for real risks."

When hurricane winds strike a building, it can create more pressure below the roof than above it. This is called uplift which the roof has a natural desire to lift up. Having a stable pressure below can prevent this from happening. When a door or window fails, it allows the wind in and creates additional uplift from below the roof leading to roof and wall failure, then ultimately total building failure. 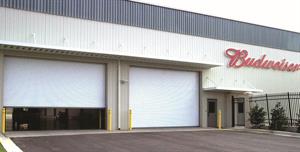 While boarding up a window can be easy, securing an opening the size of a garage door is not easily accomplished. Garage door failure can lead to major building failure quickly. While some overhead service doors may be wind load rated, there’s a significant difference between preparing for a bit of wind and a hurricane.

Hurricane proof doors require specific calculations. Wind speed is not enough. Each door should take into consideration the area around it, roof slope, topography, internal building pressure, mean roof height, directionality factors among other factors. There are no such thing as a one-size-fits-all hurricane garage doors.

Installations for hurricane rated garage doors differ too. Heavier and deeper garage door guides are used. The guide assembly and installation will contain heavier, stronger and specific bolt spacing. Even the types of rivets used to connect the door end caps to the rolling door curtain are specific. The weight and size of the door can have multiple effects on how a hurricane garage doors are installed, the materials used and specific mounting solutions.

When it comes time to prepare for the upcoming hurricane season, make sure your building is protected. At Cookson, we have a specific support team that can make sure the perfect engineered solution is what you get. Call today at 1-800-233-8366 Ext.4551 or Contact Us.

Cookson continues to lead in innovations in roll up door, security gate and closure products. To inquire how Cookson’s experts and customer service can help you with your next roll up door project, call 1-800-294-4358